The month of Ramadan is upon us again; and so is the daily supplication to God through the ritual of fasting from sunrise to sunset.
Fasting is a wonderful antidote for our usual indulgences. By fasting, we rest our system from the constant onslaught of foodstuffs.
We have been trained to believe that we need to consume food which gives us energy. However digesting, assimilating and metabolizing food requires a great deal of energy. By fasting, you free up this energy that can be used for healing and recuperation.
It was narrated that Abu Hurayrah (may Allah be pleased with him) said: The Messenger of Allah (peace and blessings of Allah be upon him) said: Every deed of the son of Adam will be given a ten-fold reward, up to seven hundred. Allah says: Except fasting, for it is for Me, and I shall reward for it, for he gives up his desire and his food for My sake'… [Narrated by Al-Bukhari, 5927; Muslim, 1151.]
This hadith points to the virtue of fasting and the greatness of its status before Allah. However besides the spiritual rewards that we get during Ramadan, there are multiple health benefits associated with this ritual. The most prevalent include weight loss, improved blood pressure and cholesterol levels.
Some research suggests that fasting improves longevity and healthier ageing. Additionally, there appears to be an increase in insulin sensitivity, a lower risk of diabetes and an improvement in your immune system as the digestive process is given a rest.
Almost a third of adults have hypertension. High BP is not necessarily something you can feel. It is essential to have your BP checked regularly as it increases the risk of serious conditions such as strokes and heart attacks.
Besides medication prescribed by a doctor, it is essential to cut down salt intake and a low carbohydrate diet has been shown to lower BP (with the added benefit of weight loss and improved blood sugar levels).
A study done by the Turkish Society of Hypertension and Renal Disease has shown that intermittent fasting produced a significant decrease in BP values. This drop was even more so in subjects who woke up before sunrise. In another study, in patients with borderline hypertension, fasting seemed to delay the onset of true hypertension.
Fasting has been shown to be effective for re-generating immune cells. During this process, the body gets rid of parts of the immune system that may be damaged or old and generates a new, healthier immune system.
A study 2016 [Stem Cell  Journal ; University of S California; 2016 ] has shown that cancer patients who fasted three days prior to chemotherapy seemed to be protected against immune system damage caused by the treatment.
A further study conducted in 2016 [Cancer Cell; Vol 30; Issue 1] showed fasting and chemotherapy combined, slowed the progression of breast and skin cancer. The dual treatment caused the body to produce a type of white blood cell which migrates into tumors and helps to kill the tumor.
Intermittent fasting helps with the de-toxification process and fat metabolism speeds up. When your body glucose stores have been used up, the body begins to burn fat as a source of energy. This can result in weight loss. Also some toxins that are stored in the body's fat are now dissolved and removed from the body.
Fasting and Diabetes
It is estimated that 2 million South Africans are diabetic, with a prevalence rate of 6.46%. When it comes to diabetes and fasting, it is generally accepted that the patient can observe the fast with a small change in the way they take their medication. For those diabetics on Insulin, fasting is generally not recommended.
Patients should know the symptoms of hypoglycaemia (low blood sugar) and should take precautions or break their fast before severe symptoms or even coma sets in.
It was narrated that Aisha (may Allah be pleased with her) said: "The Prophet (peace be upon him) used to fast Mondays and Thursdays. Hence the Western concept of intermittent fasting diets has actually been around for centuries. One of the most well known intermittent fasting diets is the 5:2 Fast Diet.
This plan involves eating the recommended calorie intake for 5 days a week but reducing the calorie intake to 25% for the remaining 2 days. The 5:2 Fasting Diet has been shown to significantly improve blood sugar levels and even reverse diabetes in some cases.
In preparation for the blessed month of Ramadan, it is highly recommended that you consult your health practitioner on best practice and suitable action based on your medical history.
Dr Abdullah, Ismail, is a healthcare practitioner, specialising as a Physician and Pulmonologist at the Melomed Gatesville hospital in Cape Town.
Email: dr.miles@iafrica.com 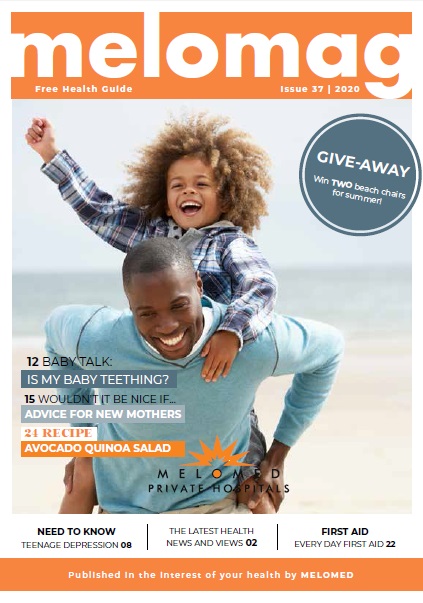